Walk 15 min southeast from Sannomiya Station. Either go along Flower Road, or look up and follow the Port Liner tracks.

The park was opened to the public on January 17th, 2010, to commemorate the lives lost in the Great Hanshin-Awaji Earthquake. The trees planted in the park indicate how much Kobe has grown and recovered over the years.

Originally named the "Kobe Earthquake Restoration Memorial Park" (神戸震災復興記念公園), the park opened with the simpler name Minato no Mori Park (みなとのもり公園). The name is a word play on "minato" = "port (湊)", "with everyone (皆と)" and "mori" = "forest (森)", "protect (守り)". This double-meaning was intended to represent the double purpose of the park: for everyone to enjoy a park graced with the ocean breeze, and for everyone to work towards protecting it. 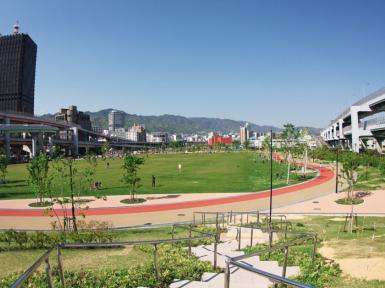 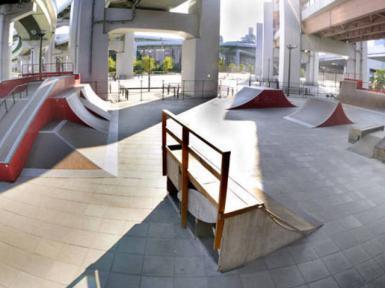