Objective
To teach students the names of common sea animals in English.

This is a lesson that can be modified to revolve around reviewing vocabulary through Pictionary.

Having props will help students and classmates get into the presentations.

I suggest laminating the cards.

Originally the students were going to shout out their answers but this was too loud and chaotic. Having the pairs also gives more students a chance to participate.

Sometimes the students will call on the students who are the strongest consistently. Try to encourage them to call on many people.

Some of the combinations of sounds are unique to them and require several repetitions.

Squid, dolphin and turtle were the most difficult to pronounce, but with a little practice they can do it. Use your knowledge of your students' abilities when choosing which words you want to teach. 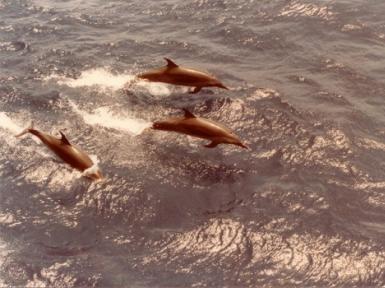